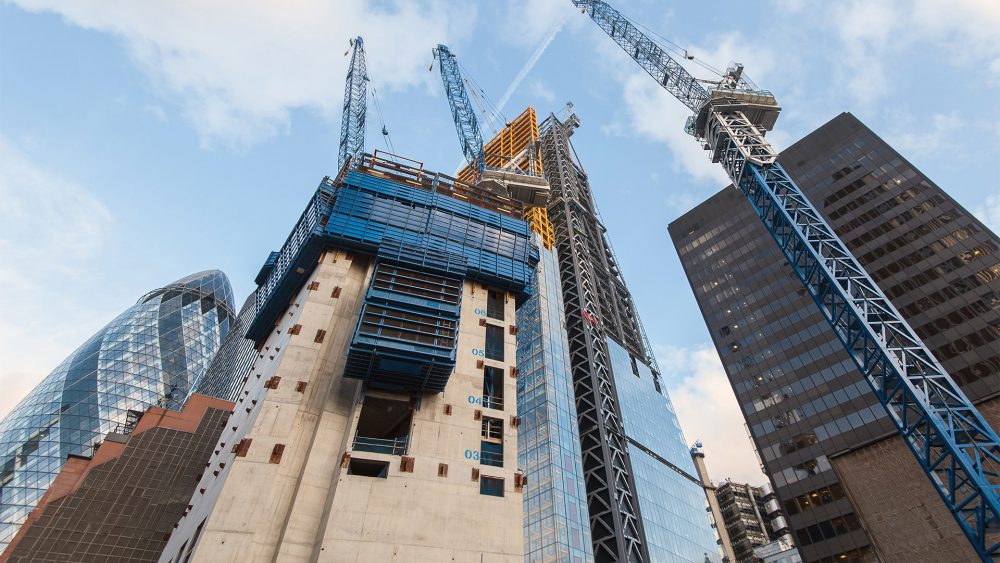 Construction workloads in London remained resilient – despite bad weather and a pessimistic economic outlook – in the first quarter of 2018, according to the results of the Q1 2018 RICS (Royal Institution of Chartered Surveyors) Construction and Infrastructure Market Survey.

In the first quarter of the year (Q1 2018), 12 per cent more chartered surveyors in London reported that their workloads had risen as opposed to falling (this figure remains unchanged from Q4 2017). While 63 per cent of respondents noted bad weather conditions as a limiting factor, the “Beast from the East” was not enough to slow the pace of growth.

Looking at workloads across all subsectors; both new work and repair and maintenance activity rose steadily in the early part of 2018. Private commercial saw the strongest rise in workloads with 16 per cent more respondents seeing an increase in activity on such projects (up from 6 per cent more in Q4 2017).

In the private industrial sector, 11 per cent more contributors reported a rise in workloads (up from 3 per cent more in Q4 2017). However more surveyors in London reported a fall, rather than a rise, in workloads on both private and public-sector housing schemes during first quarter of the year.

Activity on infrastructure projects in the region also waned slightly, with 17 per cent more respondents reporting a rise in workloads on such schemes (down from +22 per cent back in Q4 2017). But respondents anticipate the energy and water and sewage categories to post the most significant increases over the coming 12 months.

Comparatively, private housing reported the strongest rise in workloads at a national level, with 36 per cent more respondents citing an increase rather than a decrease – the most positive since the beginning of 2016.

Workloads across all geographic regions are also reported to be increasing, with an acceleration in the pace of growth in the Midlands and South West.

The shortage of labour, along with higher input costs continue to restrict growth in profit margins across all regions, and while cost pressures may ease later this year, expectations on profit margins are still well below the three-year average of 40 per cent recorded between 2014 and 2016. Indeed, tender prices are expected to rise over the next 12 months with respondents in both the building and civil engineering sectors, envisaging greater price pressures.

In an extra question added this quarter, 85 per cent of respondents were of the view that small and medium-sized firms are the most impacted by constraints on financing.

However, despite the constraints that firms have been facing recently, surveyors in London remain relatively upbeat, with 35 per cent expecting workloads to increase over the next 12-months, whilst 24 per cent anticipate employment levels will also pick-up over the coming year.

Jeffrey Matsu, RICS Senior Economist commented: “While a short-lived snowstorm may have snarled logistical supply chains and site works at the end of February, it was not enough to negatively impact on workload order books. Indeed, several years of limited spare capacity have resulted in a backlog within the delivery pipeline which will take some time to unwind. Risk aversion by both lenders and developers, in the wake of Carillion and ongoing Brexit negotiation, will continue to weigh on investment decisions.”